These minor changes in your daily routine could make a major difference in your life and career.

Happiness is the only true measure of personal success. Making other people happy is the highest expression of success, but it's almost impossible to make others happy if you're not happy yourself.

With that in mind, here are nine small changes that you can make to your daily routine that, if you're like most people, will immediately increase the amount of happiness in your life.

Read more: 9 DAILY HABITS THAT WILL MAKE YOU HAPPIER

A good visualization helps you see what the data is telling you. The best visualizations help you you see things you never thought the data would tell you. These 22 charts and maps were, at least for me, in that category: all of them told me something I found surprising. Some of them genuinely changed the way I think about the world.

Read more: 22 maps and charts that will surprise you 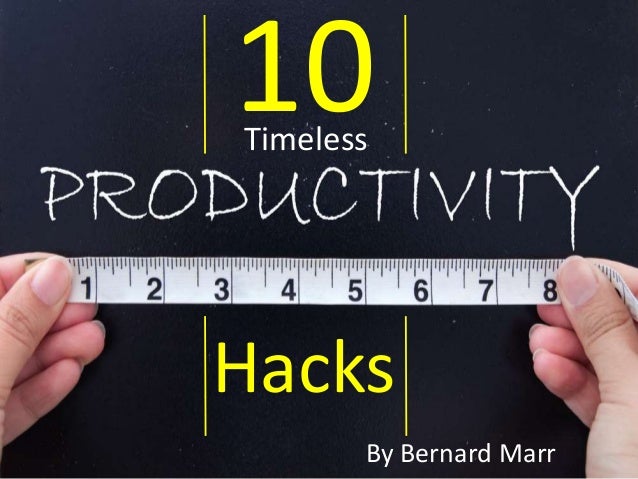 In our modern world, everyone is looking to do things faster, better, smarter, so it's no wonder that productivity hacks are incredibly popular.

But the truth is that there's nothing new under the sun; despite whatever the newest book, product, or guru wants to sell you, you can learn to become more productive with work habits people have used for many years. Apply even a few of these and you will increase your productivity, guaranteed:

Until we get to know someone, our brain relies on snap judgements to try to categorize the person, predict what they will do, and anticipate how we should react. You may have heard that you only have a few seconds to make a first impression, but the truth is, your brain has made up its mind (so to speak) about a person within milliseconds of meeting them.

According to research done by a Princeton University psychologist, it’s an evolutionary survival mechanism. Your brain decides from the information it has—in other words, how you look—whether you are trustworthy, threatening, competent, likeable and many other traits.

One way we can “hack” this split-second judgement is to be aware of our body language, especially in important situations. Whether you’re applying for a job, asking for a raise, or meeting with a new client, tweaking or just being mindful of our body language can influence the other person’s perception of us and the outcome of the situation.

Read more: The 15 Biggest Body Language Mistakes To Watch Out For

Even as medical science and quality of life continues to increase our life spans, it seems as though many of us are not really living the life we’re given.

But how would you live differently if you knew you were going to die?

Not to be maudlin, but we all are going to die—sooner or later. And while death is something we humans pretty universally fear, thinking about our own demise can actually spur us to live more fully.

In surveys of people who know they are going to die, the regrets are almost never “I wish I had worked more,” or even “I wish I had made more money.” More often they are about success and happiness in their truest forms.

I chose these five common regrets from a book called, aptly, The Top 5 Regrets of the Dying, by Bronnie Ware, a palliative care nurse in Australia who routinely asked her patients about their regrets and recorded them on her blog.

A survey by TalentSmart showed that 90 percent of top performers know how to manage their emotions in times of stress so that they remain cool, calm, and able to do what needs to be done.

That’s an important lesson in and of itself for all of us - because all of us experience stress in our lives. Research has shown that some stress is good for us: it helps us perform at optimal levels. Too much stress, however, can have serious psychological and physiological repercussions.

Since we can’t necessarily avoid most stress - especially in our work environments - it’s to our benefit to learn how to deal with it, and learn from the examples of those who are already successful.

According to surveys and other research, successful people have some strategies in common when it comes to managing stress.

Every relationship you have is impacted by your ability — or inability — to communicate well.

Whether at work, in your love life, or with friends and family, good communication fosters better understanding, helps us resolve differences, promotes mutual trust and respect, and allows creative ideas to flourish.

Although communication seems fairly simple and straightforward, so much of our communication is misunderstood or misinterpreted. Of course, this can cause conflict and wounded feelings in personal and professional relationships.

Think about the times you’ve said something to your spouse or a friend, and your meaning was entirely misconstrued. Or consider an occasion when someone said something that hurt your feelings, only to learn later they had no idea how their words wounded you. In my own life, I’ve seen how the power of words can sow the seeds of trust and love — and how they can be divisive, hurtful, or misunderstood.

Learning effective communication is a skill set that should be part of every school curriculum, beginning in elementary school. Knowing these skills can make the difference in the quality of your personal relationships, your potential career success, and your own self-esteem and social confidence.

At the heart of life lie the relationships we have with other people.

With family, co-workers and friends close by and far away at the other side of the world.

And how you let these relationships flow and grow has huge impact on the happiness both in your life and in the lives of the people you care about.

So this week I’d like to look back into the past and share some of the best advice from the wise people who have walked this earth.

Currently are 5 guests and no members online